Mineral Dust Aerosol (MDA) is known to have important influence on several environmental topics. Like all aerosol, MDA plays a role in the radiative balance of the atmosphere, as it scatters and absorbs solar and terrestrial radiation. It also has a secondary effect on radiative forcing, as it acts as cloud condensation and ice nuclei. <!–more–> With estimated global yearly dust fluxes being on the order of petagrams (trillions of kilograms), the impact it has on climate as an atmospheric constituent cannot be overlooked. MDA also influences local air quality. Dust storms may introduce concentrations of particulate matter to regions that exceed regulatory health limits. The World Health Organization (WHO) places guidelines for PM2.5 concentrations (that is, the concentration of particulate matter with a diameter of less than 2.5 µm) at 25 µg/m3, while that for PM10 is 50 µg/m3. MDA effects atmospheric visibility, and its transport is part of the geochemical cycling of nutrients important for biogeochemistry, among other notable environmental effects.

With the barrage of roles that MDA plays in the environment, an understanding of its chemical and physical properties across the globe serves as valuable information to scientists across many disciplines. Although a substantial amount of research is committed to MDA as a whole, little is known about high-latitude MDA specifically. There are many reasons for this. Performing dust studies, or any study in high latitudes, is logistically difficult with population density and the resources of urban centers dropping off rapidly as one moves north of the 49th parallel. Northern environmental conditions can be harsh also, in terms of meteorology, wildlife, and natural hazards. High latitudes are nonetheless a significant source of MDA and with high latitudes experiencing some of the most pronounced effects of climate change, their conditions for dust emissions could possibly change as well. It is for this reason that the Patrick Hayes group at the University of Montreal holds high-latitude MDA as one of their core research topics. The group has spent many of the recent late springs/early summers conducting field campaigns centered around the Ä’äy Chù Valley in Kluane National Park, Yukon, located north of the Kaskawulsh Glacier. This region represents an interesting environmental change caused by climate change. The recession of the Kaskawulsh Glacier over the past decades has caused the Ä’äy Chù River to reroute, converting the former river to a much drier valley, replacing the river with a surface of sediment. This sediment is subject to strong glacial winds and a subarctic climate punctuated by dry, cool summers in the Kluane region. These conditions are ideal for dust storms, and so more frequent and severe dust events have been observed.

As mentioned above, another important impact that the dust has is on the radiative forcing of the atmosphere. MDA tends to have a cooling effect on the climate, as it primarily scatters atmospheric radiation and has been reported to cause a decrease of the net surface radiation forcing of about 1 W/m2. Although, MDA possesses a small, but measurable, imaginary refractive index, indicating that it also absorbs radiation slightly; compared to other types of aerosols like sea salt (NaCl) and sand (SiO2), that have no imaginary refractive index component to speak of. The 2022 Kluane campaign was focused on directly measuring the optical propertied of the MDA by means of Photoacoustic Extinctiometer (PAX) instruments. PAX instruments can measure the scattering coefficient and the absorption coefficient of aerosol particles in real time, using the collection of scattered laser light by a detector for the scattering coefficient determination, and a sensitive microphone to detect sound waves produced by the aerosol when it is heated from absorbing the same laser beam. This data is currently being processed with the goal of assessing the optical properties of the MDA directly, as well as relating these properties to the dust composition.

Regarding air quality, results from the 2019 Kluane campaign conducted by Jill Bachelder of the Hayes group showed that WHO air quality guidelines were indeed surpassed as a result of the elevated dust activity in the Ä’äy Chù Valley. 24-hour PM10 concentrations above 1000 µg/m3 and PM2.5 concentrations above 250 µg/m3 were recorded at a mobile station site on an island between the Ä’äy Chù Valley and Kluane Lake. PM10 and PM2.5 guidelines were also surpassed several times at the Parks Canada Visitor’s Center for the Ä’äy Chù Valley. A study like this serves as an important basis for considering the effect that climate change is expected to have due to increased mineral dust activity. While this study did assess the concentrations of various metals of interest to human health in the dust, including lead and arsenic, the bio-accessibility of these metals from the dust was not assessed. This is one of the next steps to be taken for this project to further our understanding of the air quality impact. To accomplish this, an inhalation-ingestion bioassay method developed by Dr. Farzana Kastury at the University of South Australia will be implemented on MDA samples collected during the 2021 Kluane campaign. This method is designed to provide a conservative estimate of the bio-accessibility of metals and metalloids in PM10 to the pulmonary and gastro-intestinal system. Involving the gastro-intestinal system is an important factor to consider, as a most PM10 inhaled is transported to the gastro-intestinal track after about 25 hours in the lungs.

High-latitude MDA, specifically in the Kluane region, is endlessly intriguing from an atmospheric chemistry perspective. The Hayes group is privileged to conduct this research while being able to see and explore such a beautiful part of the world.

Arnold Downey is a doctoral student with the Patrick Hayes Atmospheric Chemistry Research Group at the University of Montreal (UdeM). Arnold obtained his Bachelor of Science degree with a major in Chemistry and a minor in Atmospheric Science from McGill University in 2018. Before beginning a master’s degree at UdeM that would be fast-tracked into a doctoral program, he spent time gaining experience while working in industry, working as an analytical chemist at AGAT Laboratories in Montreal, Quebec and Canadian Nuclear Laboratories in Chalk River, Ontario.

Questions concerning the article or research by the Hayes group in general can be sent directly to the author at arnold.downey@umontreal.ca.

Thermal stratification in lakes determines where fish are, but also modifies how well acoustic telemetry can detect them

The habitat usage of fish in large lakes and the coastal ocean is in part determined by thermal stratification, whereby fish choose regions that match their thermal preferences. The density stratification implied by a stratification of warm water above cold water also controls the dissolved oxygen profiles and the location of plankton and prey species, which also determine fish habitat usage.

Urban areas around the world are responsible for more than two-thirds of global greenhouse gases. At the same time, the impacts of climate change are becoming increasingly dire. What can cities do to effect long-lasting, sustainable transformation?

After serving the Canadian oceanographic community with distinction for almost sixty years, the CSS/CCGS Hudson is being retired. Her history and that of the Bedford Institute of Oceanography (BIO) are closely intertwined and in many ways Hudson has been an international symbol for marine research in Canada.

Assessing Drift and Dispersion in Models of the St. Lawrence Estuary

Professor Timothy (Tim) R. Parsons (OC, FSRC) passed away in hospital on April 11, 2022, in the company of his family. Tim was one of Canada’s most eminent marine scientists and recipient of many national and international awards and honours.

Measurement and Modelling of Snow in Arctic Tundra and Taiga Biomes: A Photo Story 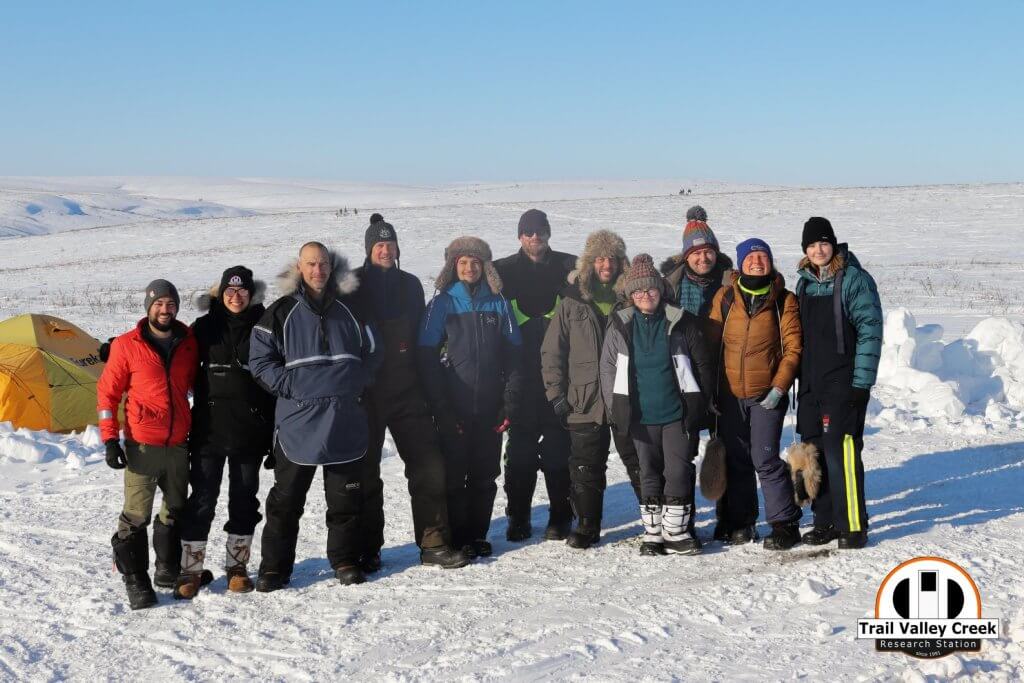 The troposphere is expanding due to anthropogenic climate change