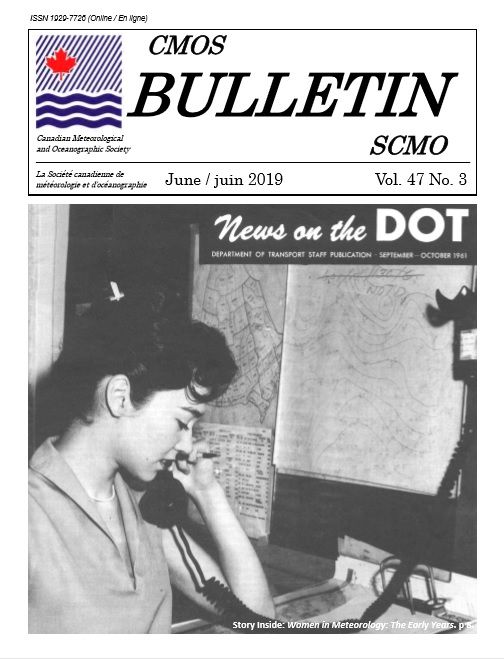 Women in Meteorology in Canada: The Early Days

In 2017, the Canadian Meteorological and Oceanographic Society (CMOS) celebrated its 50th anniversary. Spurred by that, CMOS decided to look back at the early days of women in meteorology. Their history is tied to the advancement of women in the workforce and their achievement of equal status in the workplace. With regard to gender equality in general, it was only the 1929 decision of the Judicial Council of Britain’s Privy Council, Canada’s highest court at the time, when women were legally recognized as “persons” under British common law.