Message from CMOS President: Looking Back While Moving Forward

In 1980, I left my job in Toronto as a Senior Environmental Scientist with the Ontario Ministry of Environment and moved to Ottawa to join the Water Pollution Control Directorate in Environment Canada (EC). Over the years, I had many opportunities to move out of government, but I always chose to pursue the tremendous science and technology opportunities that presented themselves to a young environmental entrepreneur. 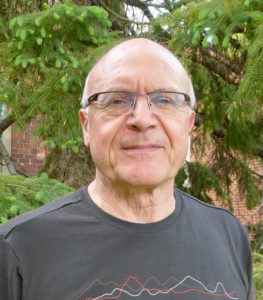 Within a couple of years, I grew to know and utilize a science and technology (S&T) infrastructure that had: 1) strong, supportive leadership at the Deputy Minister (DM) and Assistant Deputy Minister (ADM) level that had evolved over the previous century; 2) significant resources for funding science and technology; and 3) a large base of science and technology facilities, expertise and experience across a myriad of departments. Training was readily available to learn the ropes of managing S&T and the intricacies of the parliamentary funding and approval process, as well as the staffing process. As I have travelled around the world, I have come to truly appreciate how well Canadians have been served by their dedicated scientists and engineers in the public service.

In my pursuit of funding for oil & gas drilling, production, and refinery regulatory support I discovered the Panel on Energy Research and Development (PERD) and soon found myself Co-Chair of the PERD Offshore Oil & Gas Environment Committee (with Dick Stoddart) and Chair of the PERD Oil Sands/Heavy Oil Environment Committee. I was also a member of some engineering PERD committees and many CMOS members chaired or participated in several other PERD committees. I was managing about $15M a year that at the time was more money than the base budget of the whole of Environmental Protection Service (EPS) in EC. These funds financed meteorological, ice, climate, physical oceanography and fishery R&D work across Fisheries and Oceans Canada (DFO), EC and other departments. Under the mentorship of ADMs like Ken Whitham (Energy, Mines & Resources, EMR) and Jim Bruce (EC) we were charged with building partnerships with the oil industry and universities. We were ultimately able to build an enormous base of long and short term R&D that enabled Canadian policy objectives such as bringing East Coast oil and gas into development in an environmentally responsible manner in a short timeline. Under the (P.E.) Trudeau government, PERD at its peak had over $200M annually. During this period Jim urged me to come out to CMOS Ottawa luncheons. I took him up on the suggestion and have been a member ever since.

From 1983 to 1989 I worked with John Hollins in the Corporate Policy Group of EC as Departmental Coordinator, Energy R&D and Senior Policy Advisor. This included oversight of an energy R&D envelope that had grown to over $25M per year. Among many other activities we developed a proposed structure for expanded funding for environmental science and technology within EC and across departments. This became the blueprint for the S&T component of Canada’s Green Plan under the Mulroney Conservative government. These were exciting times indeed! However, as we moved forward with implementation, Industry Canada (IC) hijacked the proposed Environmental Technology Fund of $100M a year. This funding ended up as the base of Technology Partnerships Canada (TPC) funding programme in IC. Ultimately TPC was terminated by the Harper Conservative government. A large $100M fund for Interdepartmental Environmental R&D was designed along the lines of PERD but was sabatoged by IC in the implementation stage. I have always believed that if this fund had been consummated, it would have made Canada the de facto global leader in environmental science and technology.

From 1989 to 1996, I was Manager of the Technology Transfer Office in EC. We created three not-for-profit Environmental Technology Centres with Green Plan funding, managed EC intellectual property policy, managed the Canadian bilateral programme under the Montreal Protocol and developed joint ventures with the Canadian International Development Agency (CIDA) such as the World Bank Trust Fund for the Global Environment Facility (GEF). Following a one-year leave to work in the private sector, I returned to government to work on Alternative Service Delivery (ASD) to May 1998. I privatized a division of the EC Environmental Technology Centre in Ottawa and worked with David Grimes and his team on ASD options for the weather service. In my view, one of the most successful of the federal ASD ventures from that period is Nav Canada.

In 1997, the Chretien government put together a new programme to start meeting Canada’s proposed commitments to dealing with global climate change (the Kyoto Protocol was signed by Canada in April 1998). I was asked to create and direct the technology component of this new plan. With the support of senior management in Natural Resources Canada (NRCan), EC and IC, we developed Technology Early Action Measures (TEAM). Virtually all of the skills that I had learned over my career were drawn upon, as we created a successful “venture fund” within the government. With its lean 5% overhead costs, TEAM provided early financing for over 135 projects in Canada and internationally, with a total value in excess of $1.3 billion from 1998 to 2008. A few examples of major successes include creation of the third largest solar company in the world (Canadian Solar), development of the Toronto deep lake cooling concept into a major utility, complete redesign of the Loblaws store cooling systems, development of new technologies for urban rooftop gardens, net zero housing demonstrations, the Dockside Green project in Victoria, and fuel cell projects with Ford (US), Ballard and Hydrogenics. Our TEAM process streamlined project approvals and significantly improved the actual reduction of carbon. TEAM’s measurement and reporting approach established the basis for the International Organization for Standards (ISO) greenhouse gas measurement and reporting standards and the Voluntary Carbon Standard. These standards overcame a major problem with all international “carbon” projects at that time, wherein one UK journalist noted that “…Offsets are an imaginary commodity created by deducting what you hope happens from what you guess would have happened”.

Just before and during the decade of TEAM, successive Liberal and Conservative governments significantly reduced government S&T funding and facilities. Generous early retirement packages were provided to the senior S&T leaders in the early 90’s and over time the capacity to manage, share, deploy and prioritize S&T across science-based departments declined. The philosophy that remains is that “anyone can manage anything” within a mobile ADM cadre. Massive budget cuts followed and the prism of “public good” was continually abused as a raison d’etre for R&D and technical branch reductions and reorganizations across departments. I’ll never forget the way in which one of my Director Generals criticized me for being too entrepreneurial on an annual appraisal! In some cases, as I noted earlier, ASD provided a means to continue programmes and activities.

In the midst of ongoing S&T funding reductions and staff cuts there have also been funds for some new programmes such as TEAM. CMOS itself played a pivotal role in the creation and management of the highly successful Canadian Foundation for Climate and Atmospheric Sciences (CFCAS) that received $60 million in budget 2000. The budget for CFCAS was increased by $50 million in 2003, and the programme was extended to 2011.

Too often when we demand or develop new programmes to fund S&T (particularly in government), we ignore past mistakes or successes and end up reinventing wheels, or just spinning them. There are enormous demands on government resources, and as CMOS members make public policy interventions on behalf of new S&T resources or programmes, our advice, knowledge and experience must be taken into account to provide the most informed options for moving forward.