The US-EPA (2019a) AERMOD dispersion model is widely used to assess the concentration of contaminants in ambient air as a result of emissions from a source. To this end, AERMOD requires micrometeorological variables characterizing turbulence (u*, w*, L, zic, zim); they are calculated by the AERMET module and obtained using local surface and upper air data (wind, temperature and cloud opacity), the calculation details of which are in EPA (2019b). Climatic differences will thus affect these variables and influence atmospheric dispersion. Two stations (Maniwaki and Sept-Îles) located in two different climatic regions of Quebec and separated by a distance of about 800 km were selected in order to compare their micrometeorological variables and the results of the dispersion modeling from a point source emission for the 2008-2012 period. Results from this comparison are briefly presented here; more detailed results are available by contacting an author.

The higher latitude, the greater cloudiness and the lower temperature of Sept-Îles produce differences in the sensible heat flux (H) so that Maniwaki’s average is much higher (16.47 W/m² vs 1.11 W/m²); it is seen (Figure 3) that percentiles are not much different for H<0 W/m² (60th percentiles) but the difference gets higher after.

The distribution of 1/L (Figure 5) show values in Sept-Îles that are much less negative than in Maniwaki up to the 45th percentile and after positive values higher in Maniwaki up to the 90th percentile and finally those of Sept-Îles are a little higher. To distinguish the between the stability conditions, a range of -0.015 m-¹ to 0.015 m-¹ was chosen for a neutral class; the frequency of neutral cases is 53% in Sept-Îles and 28% in Maniwaki, while convective cases (<-0.015 m-¹ ) are more frequent in Maniwaki (25% vs 16%) and also for the stable cases (> 0.015 m-¹; 46% vs 31%). These results are attributable to a windier and cloudier conditions in Sept-Îles.

In Maniwaki, the mean convective velocity scale (w*) is higher than that of Sept-Îles (0.9 m/s vs 0.71 m/s) as shown also in Figure 6. The distribution of w* in two seasons (May to September and October to April) and also in the warm season according to cloud cover opacity are quite different (Figure 7, Figure 8); similar results are obtained for Sept-Îles. The average convective mixing height is greater in Maniwaki (647.3 m vs 519.6 m) and it is the contrary for the mechanical mixing height (273.5 m vs 403.3 m); these differences are also shown in Figure 9.

The micrometeorological variables of Maniwaki and Sept-Îles are used to model (with AERMOD) the atmospheric dispersion of emissions from a point source (hs=15 m, ds=0.5 m, vs=10 m/s, Ts=50°C, qs=1 g/s) in order to examine how they influence the concentrations calculated at 4481 receptors over the same 5 years period.

In conclusion, the impact of climatic differences between Dorval and Sept-Îles on micrometeorological variables has been quantified, which in turn produced different dispersion modeling calculation results. Different results could also be obtained for other source types, such as surface sources and other local conditions such as topography.

We express our sincere thanks to M. Philippe Barnéoud, Environment and Climate Change Canada, for his advice and comments and Lakes Environmental for the usage of AERMOD-View. 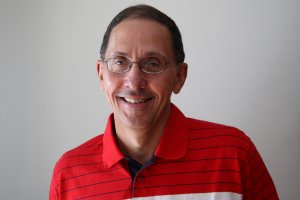 Richard Leduc began his career in 1972 in Downsview. In 1979, he joined Environment Quebec where he worked for 28 years in Air Quality (network monitoring modelling and applications). He is an Associate Professor (volunteer) at Laval University. For the last 13 years, he’s worked with AirMet Science Inc. He can be reached at rleduc@airmetscience.com. 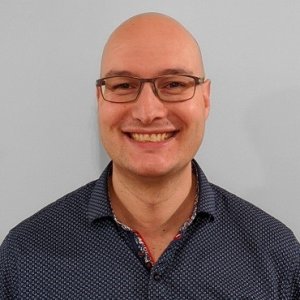 Jean-François Brière holds a Bachelor’s and Master’s in Physics from Laval University. He has been an employee with the Ministry of Environment and Climate Change since 2009. He worked for nine years as an Atmospheric Dispersion Modeler, and since 2017, he’s been the team lead on atmospheric dispersion modeling and atmospheric quality standards and criteria. He can be reached at Jean-Francois.Briere@environnement.gouv.qc.ca.

Did you enjoy this article? Subscribe here to get the latest from the CMOS Bulletin!