Message from the CMOS President: Welcoming in a Decade for Climate Action

As 2019 ends and we welcome 2020, we have an opportunity to reflect on some of the events of the last year and where we are heading in the year to come, particularly on the topic of climate change, which has been front and centre in the news all year. Progress on climate action this past year was frustratingly slow for many, particularly given the disagreement at the December COP25 Conference in Madrid, which resulted in a weak compromise agreement on how to meet greenhouse gas emissions reduction targets. However, 2019 saw a massive increase in climate change awareness. Inspired by Swedish climate activist Greta Thunberg, there were marches and protests around the globe calling for governments and business to act. Climate change was a key issue in the fall federal election, and the subsequent Speech from the Throne recognized this with its emphasis on fighting climate change: “Canada’s children and grandchildren will judge this generation by its action – or inaction – on the defining challenge of the time: climate change. From forest fires and floods, to ocean pollution and coastal erosion, Canadians are living the impact of climate change every day. The science is clear, and it has been for decades. A clear majority of Canadians voted for ambitious climate action now.” 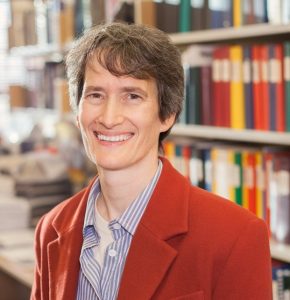 The Speech from the Throne set an ambitious target for Canada to achieve net-zero emissions by 2050, and just a day later, the European Council endorsed the objective of a climate neutral EU by 2050 with its European Green Deal, in line with the objectives of the Paris Agreement. Meanwhile, New Zealand’s parliament recently passed a zero carbon bill with cross-party support of 119 votes to one, and subsequently announced that it will now make all major decisions looking through a “climate lens”.

The UN’s Intergovernmental Panel on Climate Change has said that global carbon emissions should be net zero by 2050 if warming is to be held at 1.5C. While meeting this target is undoubtedly a challenge, for both Canada and the world, failure to rise to this challenge will also be costly. The financial world is taking notice, as seen in the Bank of Canada adding climate change to its 2019 list of risks to Canada’s economy and financial system, the recommendations of the Canadian Expert Panel on Sustainable Finance, the open letter from large investors representing more than US$34 trillion calling on the G20 to commit to action to achieve the goals of the Paris Agreement, and the appointment of Mark Carney as the UN special envoy on climate action and climate finance. We are reminded of the urgency with each extreme weather event in the news, most recently the massive forest fires raging in Australia, and with every new scientific report. In 2019, these included ECCC’s Canada’s Changing Climate Report, NOAA’s Arctic Report Card, IPCC’s Special Report on the Ocean and Cryosphere in a Changing Climate, and UNEP’s Emissions Gap Report 2019. CMOS’s scientific position statements, including our updated statement on climate change, can be found at https://www.cmos.ca/site/ps_pos_statements.

This issue of the CMOS Bulletin includes several articles that fit in with the end-of-year theme. Always popular is David Phillips’ annual summary of Canada’s Top Ten Weather Stories. We also have a look back at summer 2019 Arctic temperatures and a forecast for the 2019-2020 winter produced by the new Arctic Regional Climate Centre (ArcRCC) Network. Across Canada, the seasonal outlook for winter 2019-2020 is for elevated temperatures in southern and eastern Canada and above normal precipitation for much of the country.

Of particular note, December 18th marked the 20th anniversary of the launch of Canada’s MOPITT (Measurement of Pollution in the Troposphere) instrument on NASA’s Terra spacecraft. MOPITT was conceived by Professor James R. Drummond to measure carbon monoxide from space, and in this issue, Jim writes about the history of MOPITT and its continuing importance. Jim and the Terra satellite team recently received the 2019 William T. Pecora Team Award from NASA and the U.S. Department of the Interior. The citation for this award notes that “Terra is arguably one of the most successful Earth-sensing satellites ever deployed” and that MOPITT was the first instrument “designed to observe the distribution and transport of tropospheric carbon monoxide and, along with other sensors, has helped advance our understanding of air quality and biomass burning emissions.” Congratulations to Jim and all past and current members of the MOPITT team on the spectacular success of this instrument and its mission to quantify and track global atmospheric pollution.

As we look ahead to 2020, I’d like to invite our members to submit nominations for CMOS prizes and awards (due February 15) and CMOS Fellows (due March 15), and to attend the CMOS Congress in Ottawa in May.

Finally, I would like to thank Sarah Knight for her outstanding work as Editor of the CMOS Bulletin for the last three and a half years. Sadly for us, Sarah is leaving to take up new opportunities. Sarah spearheaded the development of our online version of the CMOS Bulletin, making it an attractive and informative open-access magazine of interest to both CMOS members and the general public. It has been a very great pleasure working with Sarah and I’m sure you all join me in wishing her every success in her future endeavours.

Best wishes for a happy and productive 2020.