Seasonal Outlook for winter 2019/20 (December, January, February) in Canada is for elevated temperatures in southern and eastern Canada and above normal precipitation for much of the country. 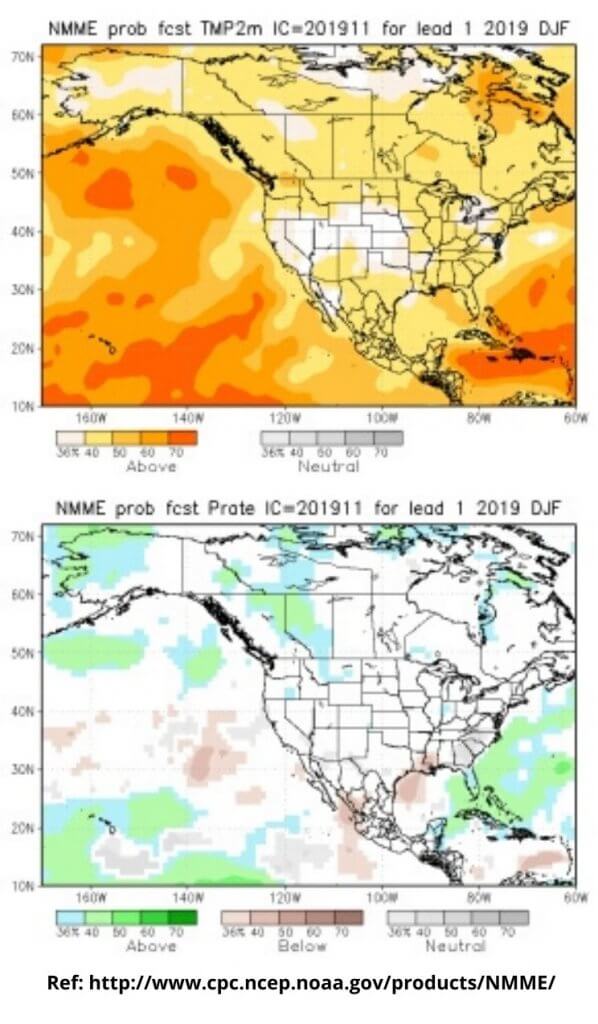 Temperature: There is a good agreement between NMME (longer lead forecast) and CanSIPS seasonal forecasts. According to the NMME (North American Multi Model Ensemble) (lead 1 month), probability of above normal temperatures (>40%) is expected over the entire North American continent. Regions with the highest probabilities are southern British Colombia and northern Quebec (>50%). The two systems also agree on the equal chance possibilities over northern Alberta.

Precipitation: There is an agreement between CanSIPS and a longer lead forecast from NMME (lower figure), over the BC and AB where NMME is forecasting this precipitation zone more to the east. There is also agreement over north- western QC where both systems forecast probabilities of 40% or more. Difference between the two systems is seen over the NFLD, Maritimes and over the Great Lakes region. NMME is forecasting equal precip. chances over these three regions.

It is highly likely that a neutral ENSO will occur in the equatorial Pacific this winter. ECCC predicts this neutral condition to persist into the following spring. According to the longer lead seasonal forecast issued by International Research Institute (IRI), there is a probability of ~60% that a neutral ENSO will prevail this winter and of ~70% to continue in spring. PDO index is expected to remain weak this winter, with a very limited influence to the coastal areas. PNA index will remain positive for the first part of December after which the skill is low. Historically, positive PNA is related to below normal temperatures over NE Canada. Besides neutral ENSO conditions, currently there are no major low frequency anomalies that may influence Canadian winter. Positive SST anomalies observed in the north Pacific ocean, off the coast of BC, are likely caused by the atmospheric ridging in the region and can potentially bring some warm air in the coastal region as a consequence of downstream advection. 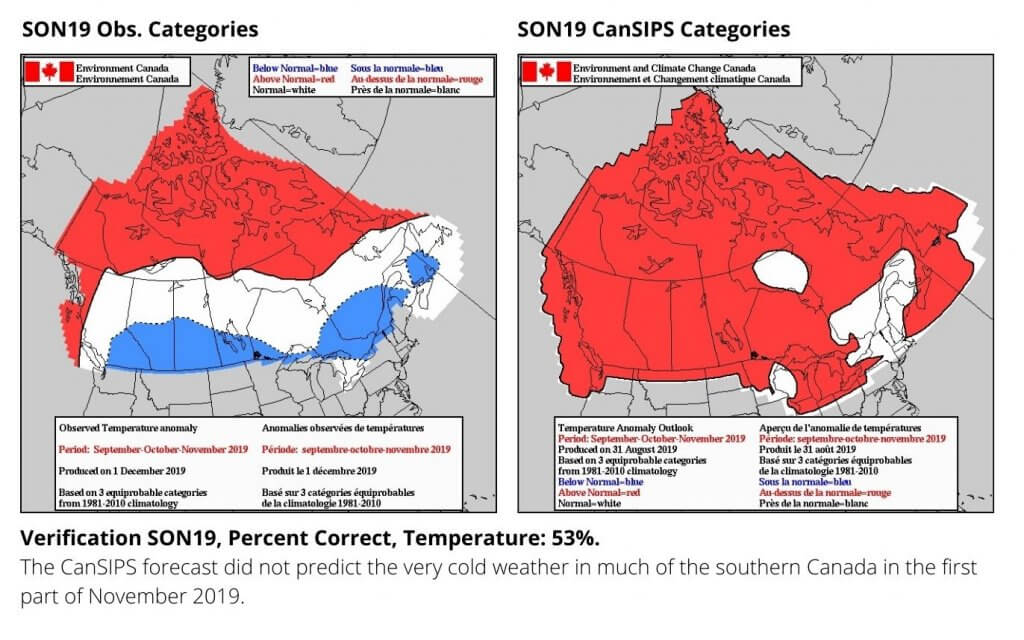