This article first appeared in The Province on September 13, 2020.

Opinion: The DFO has done the right thing this year by closing Fraser sockeye fisheries.

The return of only 283,000 Fraser River sockeye in 2020, the lowest number recorded, has again triggered expressions of concern for these iconic salmon, debate as to what is causing their demise and recognition of the critical need for effective conservation strategies.

There is now a litany of failed Fraser sockeye runs that have been addressed by Dr. Peter Pearse in 1982; the Hon. John Fraser in 1995; the Auditor General of Canada in 1999; the First Nation Panel on Fisheries in 2004; the Hon. Bryan Williams in 2005; the Standing Committee on Fisheries and Oceans in 2005; the Pacific Fisheries Resource Conservation Council in 2010; and the Cohen Inquiry into the Decline of Sockeye Salmon in the Fraser River in 2012.

In spite of this level of inquiry and investigation, many British Columbians, including First Nations, commercial and recreational harvesters, environmentalists, scientists and fisheries managers remain perplexed about the causes, consequences and relevant management strategies required to maintain a thriving and sustainable resource.

Salmon are notoriously difficult to forecast. Fraser sockeye run size predictions require a two-year forecasting time horizon corresponding to Fraser sockeye marine life history, with only limited capacity for marine monitoring. By contrast, weather forecasting provides reliable predictions for only around one week, despite considerable forecasting experience, a strong scientific foundation and numerous monitoring tools. Pre-season forecasting of Fraser sockeye isn’t rocket science, it’s harder. This was exemplified during the Cohen Inquiry in 2010 when the run surprisingly returned 28 million, eclipsing the 1.8-million return in 2009 that triggered the inquiry.

The science program of the Cohen Inquiry engaged fisheries scientists from nine universities, six private consulting companies and the North Pacific Marine Science Organization, and collectively generated 16 technical reports to support the public inquiry process. In spite of this expertise, none of the scientists predicted the spectacular rebound of Fraser sockeye in 2010. Scientific understanding of Fraser sockeye freshwater and marine ecology has advanced incrementally over the past decade, however there is no definitive explanation for the 2020 run failure.

Once Fraser River sockeye migrate into coastal waters, in-season management procedures are triggered that rely upon test-fishing, hydroacoustic assessment, catch estimation, escapement monitoring and intensive management oversight. The Fraser sockeye fishery is arguably one of the most intensively managed fisheries in the world. Why then are Fraser sockeye declining so severely?

The Cohen Inquiry focused on both fisheries management and fisheries science. The science program analyzed a suite of potential effects on Fraser sockeye including climate change, freshwater and marine ecology, predation, contaminants, disease, production dynamics, salmon farms and cumulative effects. Cumulative effects were implicated and commissioner Cohen concluded that there was no “smoking gun,” a single cause that would explain the decline in Fraser sockeye productivity.

The idea that a single event or stressor caused the 2009 decline was appealing but considered improbable. Cohen further stated that one of the most troubling factors threatening Fraser sockeye was climate change. Fraser sockeye encounter climate-change effects due to warming of both freshwater and marine habitats.

In the marine environment, “warm blobs,” zones of higher-than-normal temperatures, can occur within sockeye and other salmon-feeding habitats in the North Pacific Ocean reducing marine survival. Many of the effects of high temperatures are believed to be related to food-chain alterations in marine zooplankton and marine predators.

Is history repeating itself or is 2020 a different kettle of fish? Both in 2019 and 2020, upstream populations of Fraser sockeye have contended with the effects of the Big Bar slide, which has been mitigated in part by laudable efforts and an unprecedented degree of co-operation among First Nations, the DFO and the B.C. government among others.

The Big Bar slide impacts are secondary in importance, however, to the low survival of juvenile and subadult Fraser sockeye in the marine environment. The idea that freshwater production of out-migrating sockeye smolts drove the 2009 sockeye decline was eliminated as a causal factor by the Cohen Inquiry scientific investigations, and marine mortality factors were implicated. Whether reduced survival is localized in the Salish Sea, Queen Charlotte Sound, coastal Alaska or the Gulf of Alaska couldn’t be definitively pinpointed and survival reductions in the North Pacific Ocean were considered plausible in different habitats in different years.

Marine and freshwater habitat changes due to climate change and other stressors are largely outside the realm of management control. The DFO has done the right thing this year by closing Fraser sockeye fisheries, a strategy that is endorsed by the First Nations Leadership Council, which has also voiced a desire to create a recovery strategy to save the fish.

Any recovery strategy should embrace the reality that Fraser sockeye freshwater and marine habitats have been altered and subject to future climatic change. This is a reflection that Fraser sockeye are distributed along the southern margin of the sockeye salmon distributional range making them vulnerable to warming. In more northerly areas such as Bristol Bay, Alaska, sockeye returned strongly in 2020 and 38 million fish were harvested. In recent years, chum, pink and sockeye salmon have been showing up in Arctic waters reflecting an expansion of salmon ranges northward into suitable habitats due to a northward push of thermal habitats. 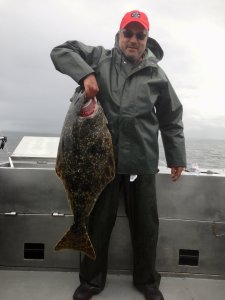 David Levy, Ph.D., is the former science director for the Cohen Commission of Inquiry. Dave is a salmon ecologist who has worked extensively with Fraser River First Nations. He has a B.Sc. degree in Marine Biology from McGill University and a Ph.D. in Zoology from the University of BC. While at UBC, he worked as a Research Scientist and undertook fisheries research in the Fraser River Estuary, Babine Lake and Lake Titicaca, Peru. Dave was Science Director for the Cohen Commission and co-ordinated a research program involving nine universities, six consulting companies and one international agency. Between 2016 and 2020 Dave was an Independent Panel Member for an environmental assessment of the proposed Roberts Bank Terminal 2 Project. Dave`s passion is all types of fishing and communing with nature.