Seasonal Outlook for the spring 2020 (MAM) based on the official CanSIPS forecast issued on the 28th Feb. 2020

Seasonal Outlook for Spring 2020 (March, April, May) in Canada is for elevated temperatures in eastern Canada and below normal temperatures in the west, with equal chances for precipitation for most of the country. 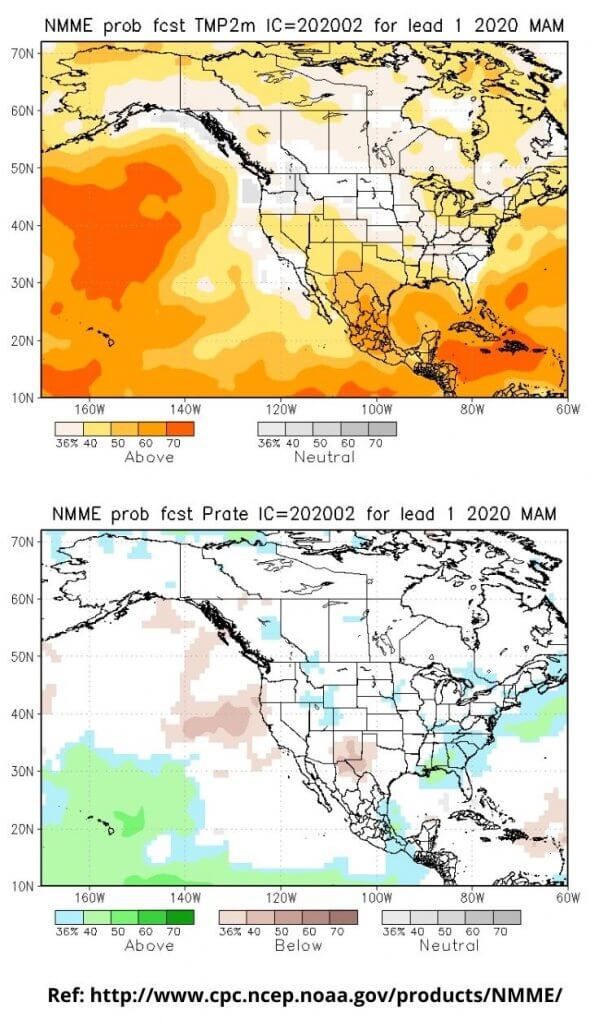 Temperature: There is a significant difference between CanSIPS and the longer lead forecast from NMME (upper figure) mostly above western Canada. NMME is forecasting equal chances for temperature probability in the central and south eastern Canada. According to the NMME there is slightly elevated probability for above normal temperatures over northern Canada, Canadian Archipelago, over the Great Lakes region and Maritimes. Both systems agree on forecasted probabilities of >40% for an above normal Spring over eastern Canada.

Precipitation:  Like CanSIPS, the longer lead forecast from NMME (lower fig.) predicts equal precip. chances for across most Canadian regions. However differences are seen in some locations (e.g. coastal BC, QC, ON, SK). There is also a difference between the two systems over the Maritimes where the NMME is showing above normal precip.

It is highly likely that neutral ENSO conditions will occur in the equatorial Pacific this spring. ECCC predicts this neutral condition to persist into the following summer. According to the longer lead seasonal forecast issued by International Research Institute (IRI), there is a probability of ~70% that a neutral ENSO will prevail this spring and of ~60% to continue in summer. PDO index is expected to stay negative throughout the spring and summer. Its strong negative phase may bring cooling effect to the western coastal BC.

Positive but weak NAO index (according to the NOAA/ CPC prediction) is forecasted at least until mid-March after which the forecasting skill is low. Positive NAO is historically linked with above average temperatures across northeastern Canada. PNA index will likely remain negative but weak by mid March according to the CPC, providing a cold influence across western Canada. Spring is the season with the highest historical skill for temperature forecasts over Canada. 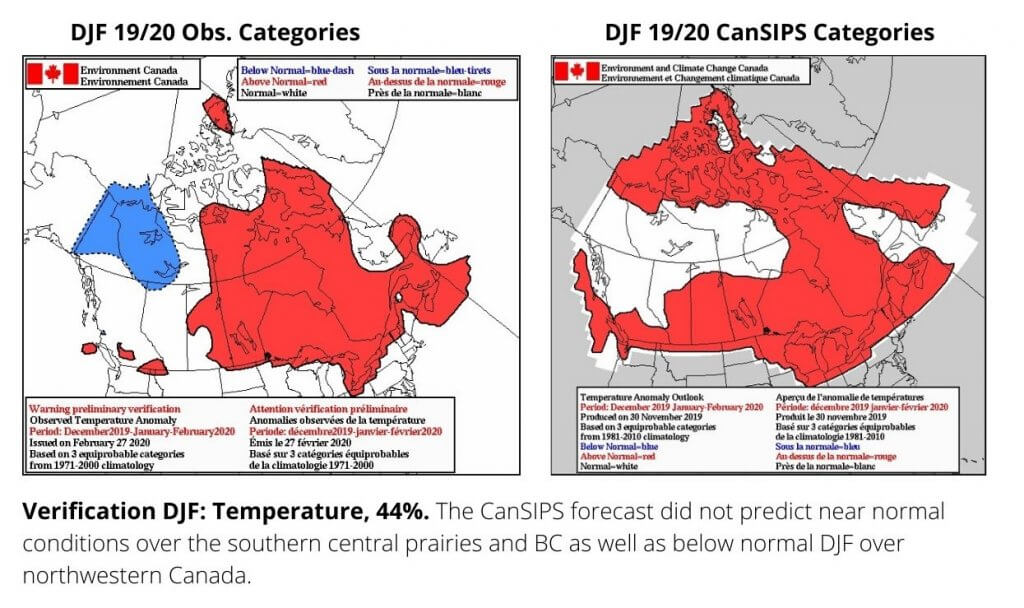